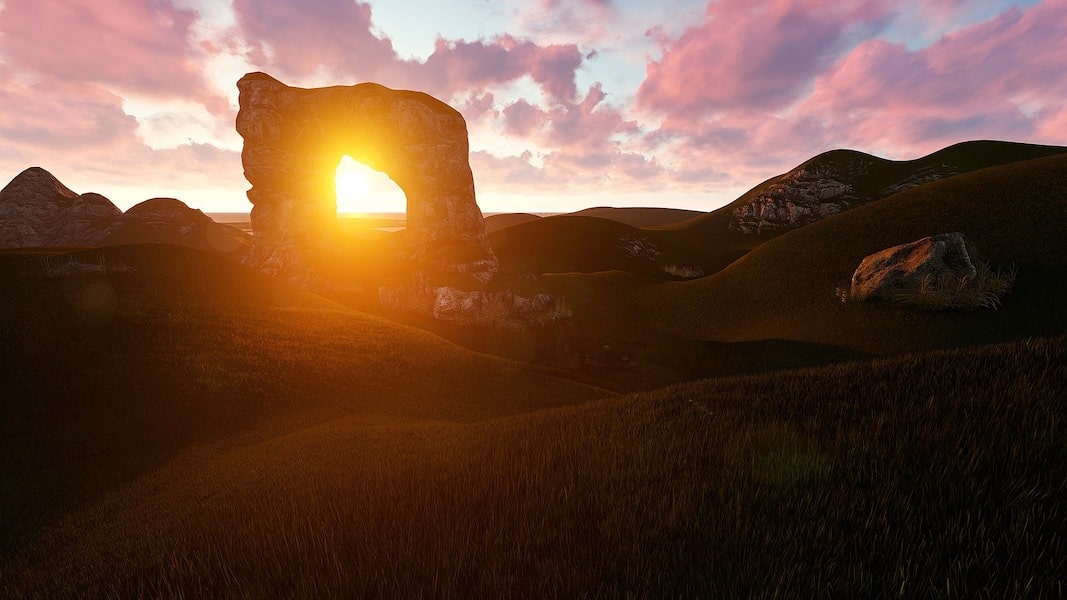 Where do we start?

A time for hibernation, this first month of the year invites us to embrace the solitude, and encourages us to dream. To contemplate what a brighter, greener, more sustainable future could look like. With so many of us confined to some form of lockdown, this January offers us opportunity to go deep inside ourselves. It invites us to reflect; to consider what future we would like to create, and what actions we (both collectively and as individuals) might need to take to get there.

The term January originating before the year 1000 from Middle English. Deriving from the Latin noun use of Jānuārius, equivalent to Jānu(s) or Jānus; meaning doorway, archway, arcade. In ancient Roman mythology Jānus was the god of gateways, beginnings, and the rising and setting of the sun.

A two-headed God that looks both back to the past and ahead to the future, Janus presided over the beginning and the ending of conflict; including war and peace.

The ancient Romans prayed to Janus for advice, especially in respect of new ventures and enterprises. He was the god of opposites – of exits and entrances, of beginnings and endings. He also represented time, as he could see into the past with one face and into the future with the other.

All the gates of the cities were dedicated to Janus, although as a god he possessed no temples in Rome. There is the Temple of Janus, which stands close to the famous Roman Forum. Technically this is not a temple; it is an arched passage that could be closed by massive gates.

The gates were always opened in time of war, and closed to mark the arrival of peace. Sadly the latter did not happen very often. When the gates were opened ‘it was believed that the god had then taken his departure with the Roman army, over whose welfare he personally presided.’ (1)

With so many wars during the Roman times the gates of this sanctuary were only closed three times to indicate peace. This was during the 700 years; shutting only once between the reign of Numa Pompilius (715–673 BC) and twice under the Emperor Augustus who reigned until 14 AD.

Janus held a staff in his right hand, guiding travellers along the correct route, and a key in his left hand to open gates. ‘As a god of transitions, he had functions pertaining to birth and to journeys and exchange, and in his association with Portunus, a similar harbor and gateway god, he was concerned with travelling, trading and shipping.’ (2)

He was frequently used to symbolise change such as the progression of past to future, the transformation of one condition to another, and of one vision to another (more sustainable) vision. Hence, Janus was worshipped at the beginnings of the harvest and planting times, as well as births, marriages, and other beginnings.

The word Janus-faced can refer to someone or something’s contradictory nature. It can also be used with a negative undertone to describe someone as deceitful and two-faced. The two faces of Janus are also evident in the term Janus word, ‘a word that has opposite or nearly opposite meanings, as cleave, meaning “to adhere closely” and “to part or split.’ (3)

There is also the phrase ‘two sides of the same coin’, meaning two things closely related that cannot be separated, even though they seem to be completely different. This can also be interpreted as two elements that are regarded as two parts of the same thing; seemingly unrelated yet really ‘two halves of the same whole’.

By its very nature January is meant to make us feel conflicted. Etymologically, ‘Duality is embedded into all of Janus’s words, including the very language we use to talk about the beginning of the calendar year: January. (4)

We could learn a lot from Jānus!

‘And now we welcome the new year, full of things that have never been’

This is the time of resolutions and new beginnings. Perhaps we can use this opportunity to be still a while, to reflect on the year we’ve just had and consider what new beginnings we wish to create.

Now is the time for us to contemplate the human journey. To ask ourselves such questions as;

*If you are interested in seeing other peoples sustainable future visions, see blog post : What is your sustainable Vision for 2030?

This year we invite you to use January as an opportunity to look ahead, with reflection – mindfully standing in this present moment. Wishing you all health and happiness for the year ahead… xx

‘The secret of change is to focus all of your energy, not on fighting the old, but on building the new.’

New vs Used: An ecological debate