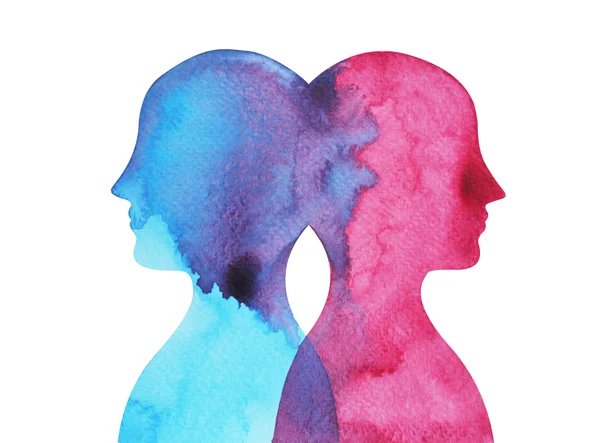 Utilitarianism and ‘The Strength of the Absurd’

‘In times of crisis, we must all decide again and again whom we love.’

Is Climate Change an Issue of Morality?

Climate change is a multi-faceted contemporary issue that will affect global communities and transform ecosystems at a radical rate. However, the effects will not be felt equally and this inequality will predominantly impact socially and economically marginalized areas around the world.  Developing countries are regions consumed by extensive poverty and ineffective governance that lack mitigation and adaptation strategies, making vulnerable areas poorly equipped to effectively respond, prepare and prevent against current and looming environmental dangers. Emergent nations who have contributed the very least to the imminent threat are those who will encounter drastic challenges such as extreme weather events, water and food security, health conditions, disease outbreaks, and cultural identity crises. Such challenges prove that climate change as the defining issue of our time is also in fact a moral concern, one which touches on ethical matters, issues of fairness, social justice, human rights and individual moral responsibility. Thus, presenting complex ethical problems which pose philosophical questionings; Is caring for the planet a moral option or a duty? And Are we, as humans morally obligated to care?

Our Moral Duty to Mother Earth

From his prison cell Martin Luther Jr. once wrote, ‘I am cognizant of the interrelatedness of all communities and states, I cannot sit idly by in Atlanta and not be concerned about what happens in Birmingham. Injustice anywhere is a threat to justice everywhere. We are caught in an inescapable network of mutuality, tied in a single garment of destiny. What affects one directly, affects all indirectly.’ His words were directly motivated in response to his participation in a civil rights protest in Birmingham, Alabama which was significantly condemned for ‘outsider’ involvement. ‘Outsiders’ were criticized due to the perspective that the only issues people should concern themselves with are the issues directly affecting them and their wider community.

In terms of the global crisis, we can apply Luther’s observation and remind ourselves as a global community that we should feel an obligation to the larger web of life. The Time to Act is Now: A Buddhist Declaration on Climate Change supports this claim by referring to the Earth as a mother and a home to all living beings where ‘the umbilical cord binding us to her cannot be severed.’ (Ven, Bodhi and Stanley, 2015) Ecological destruction affects us in more ways than we know, ‘when the earth becomes sick, we become sick, because we are a part of her.’ (Ven, Bodhi and Stanley, 2015) To live in suffering with the loss of the living world reflects itself in everyday media headlines, the deterioration of natural landscapes and local and international planetary catastrophes. Individual responsibility is simply fundamental compassion, and answerable in terms of the questions we should find ourselves asking incessantly, Am I doing enough? or Am I making a difference? Unfortunately, the answers to these questions are often painful reminders of our humility and humanness, reinforcing the idea that the ecological outcome of the future boils down to the weight of individual responsibility and that nagging voice inside our minds known as our conscience ever evolving our moral duty to care.

A Utilitarian Approach to Climate action

Consequentialism is an ethical theory that perceives what is right or wrong by the direct consequences of a decision made. Utilitarianism is a branch of consequentialism that advocates for actions that readily result in happiness and wellbeing for all individuals involved. Jeremey Bentham, who is regarded as the founding father of Utilitarianism once stated, ‘It is the greatest happiness of the greatest number that is the measure of right and wrong.’ This particular ethical approach, if applied to the climate crisis, can help determine and steer future possibilities for climate action by instilling a moral attitude throughout communities that prioritizes human wellbeing and the highest good. As a system that focuses on humanity,  this theory creates a unifying narrative for what it means to be moral and ethical in daily life from a community-based standpoint, notably depending on where you are in the world or what community you belong to. This perspective condones human centeredness and self-serving behaviours and shows how different regions can work together to define climate justice and what actions are morally necessary to benefit the individual wellbeing of modern society.

The Sacred Act of Duty

The Binding of Isaac, a biblical story from the old testament depicts a dramatic and controversial narrative which can provide reasoning to pursue moral duty whilst revealing the sacred nature of our sacrifices. The passage tells the story of God ordering Abraham to sacrifice his son Isaac, he is testing his faith by this command. The narrative ends on Mount Moriah where after Isaac has been bound to an altar, an angel of God appears and announces for him to sacrifice a ram instead. He is rewarded for his faith and his son is spared.

He puts religion over ethics at this point in time verifying his faith in God. His confidence in God as an omniscient being where all things are possible is mirrored, indicating his trust in God to do the ethical thing and spare his beloved Isaac.

Kierkegaard and The Role of Divine Faith

Soren Kierkegaard’s Fear and Trembling, examines the paradox of faith through this challenging narrative. Kierkegaard reveals ‘through faith Abraham did not renounce his claim on Isaac, through faith he received him back.’ Kierkegaard’s words can provide a unique understanding of the idea of faith and that an absolute duty to God goes beyond reason. The horrifying description of Abraham’s dilemma of loyalty between his beloved God and beloved son at a first glance seems absurd but has been transformed by Kierkegaard to be a somewhat sympathetic portrayal for an admirable Abraham. This account is supportive as it mirrors the idea that the severity of trust in God goes beyond all reason, the realm of human knowledge and what we as humans are capable of comprehending.

Kierkegaard presents the extremity of this scenario by illustrating how Abraham stood alone in his choice, giving a significant motive to defend his trust in God, his silence. His silence results in significant pain of not being understood by those around him. Simply, the situation can be described but Abraham cannot be understood. The rationality of this biblical story cannot be solved because there is no intelligible way to explain it. Duty beyond reason can be likened to the depths of loving relationships. For instance think back to a time when someone has asked you, why do you love him? or why do you love her? and the only definable reply that comes to your mind is I just do. Love cannot be explained, and nor does one need a reason. This is akin to the choice between faith and reason, which is a complex and subjective process. Similarly, this is Kierkegaard’s conception of faith, which is a type of ‘strength of the absurd.’ The God that commands Abraham to commit an awful crime is also the God that he believes loves him, reinforcing the conception that the absurd always contradicts reason.

Kierkegaard exhibits the true essence of the biblical story which is the idea of the importance of human relationships and how vital we should hold these in life. When we look at the example of Abraham readily about to murder his son, it evokes the idea that all human relationships are haunted by the prospect of death. Every close relationship requires sacrifice, proving that love is above all a valuable cause. This can be equated to our relationship with the natural, ecological world and how we should strive for both climate action and climate justice in our present society and for generations that follow. The ‘Strength of the Absurd’ demonstrates how we can compare an absolute duty to God to that of our own individual responsibility for protecting, preventing  and restoring global climate emergencies. Abrahams duty to God was courageous, as should our moral obligation to this planet and all living beings that reside within it. If we wish to sustain, our future actions require duty and sacrifice to guarantee a liveable world.

Culture and the Climate Crisis: An artistic response to the greatest threat of our time