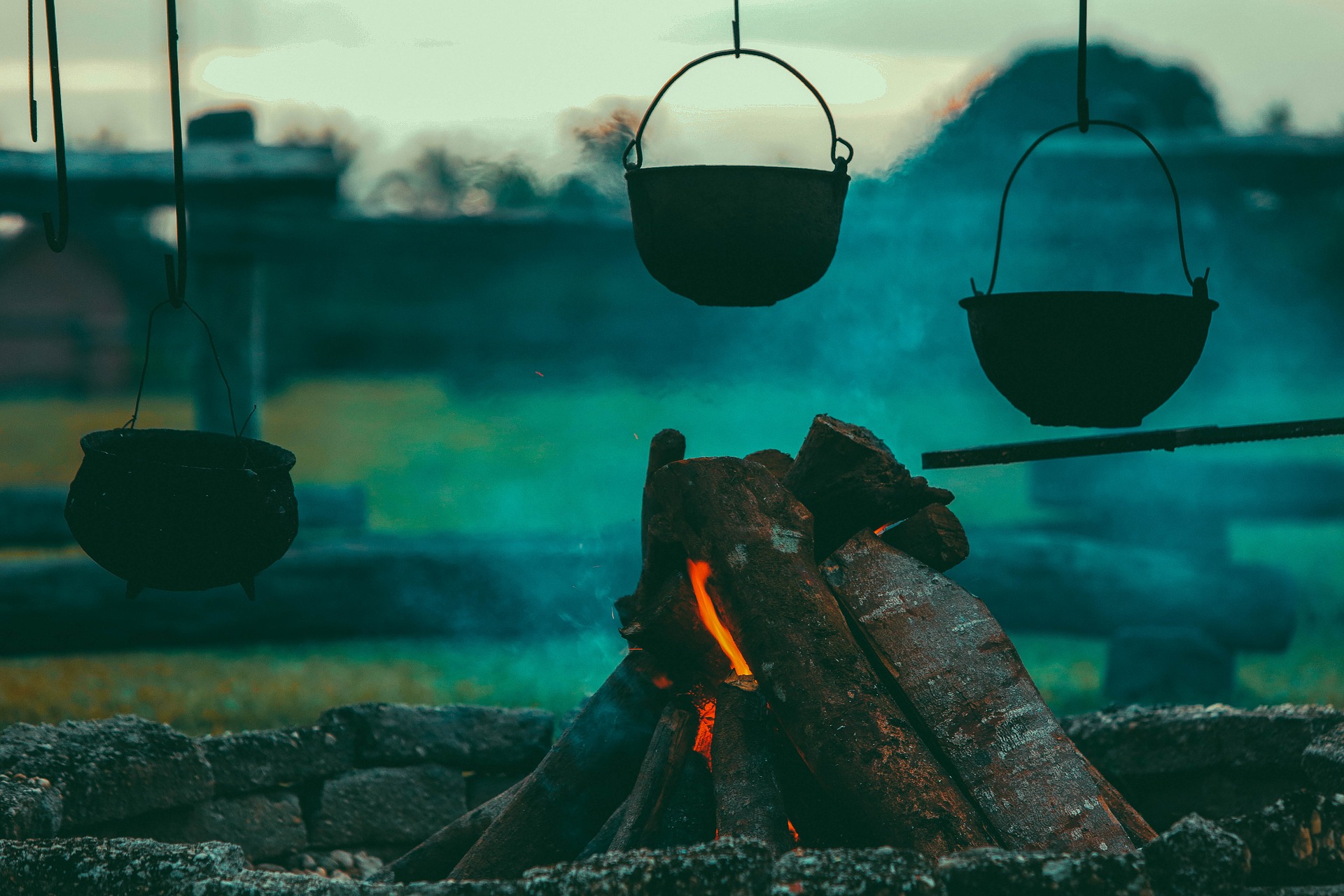 The origin of Halloween is found in Celtic Ireland

Samhain is an ancient Celtic tradition. This festival of fire is celebrated from the evening of the 31st of October and all day on the 1st of November. Believed, by the Celts, to be the most important of their fire festivals, it honours harvest time. Samhain marks the end of the harvest season and the beginning of winter. Samhain marks the mid-point between the Autumn equinox and the Winter solstice – moving from light into the darker half of the year.

As part of the festivities, and ceremony, the ancient Celts would let their home fire die out while they brought in the harvest. As part of the celebrations, after all the harvest was gathered, a large communal fire was lite where the community would gather. After the fire ceremony each members would light a torch, using this communal flame to reignite their own hearth fires. This signified a rebirth; by putting out the fire you were leaving go of the old year and the relighting of the fire symbolised the start of the new year.

Communal feasting and drinking was also a central part of these Celtic celebrations.

As we know from all the dressing up and ghostly antics of ‘Halloween‘, Samhain is also a time to honour our deceased loved. A time to celebrate the dead.  Food would be set aside just for them, with a special cake made purely for their consumption. This cake was left untouched any mortal hand for the duration of the ritual period.

From the middle ages making Soul Cake also became a tradition  Although more a christian tradition than a pagan one, these cakes were given by the rich to the poor who went door to door, singing and saying prayers “for the souls of the givers and their friends”. Soul Cakes were offered in return for which the recipients would pray for the souls of the givers, their friends, and the dearly departed. Usually filled with sweet spices and currents Soul Cakes were marked with a cross on top to signify them as a gift given to others as an act of virtue.

What is a festival without CAKE?! Take Barmbrack (the Irish tea cake ) for example, a delicious harvest cake filed with fruit, spice, and all things nice… While you can get Irish tea cake all year round, it is a traditional Samhain harvest cake. Various objects are placed inside during the baking process, and the cake was used as a sort of fortune-telling game.

The Barmbrack (bairín breac in Irish) is evenly sliced and served with a generous spread of butter, and a hot drop of tea. course don’t forget the hot pot of tea. Whomever finds an object in their slice has their future foretold for the coming year. Objects can include:

This sweet tasting cake (though this may depend on the fortune received) is central to the pagan rituals of the day, and one we can still find in the shops today. Sadly we don’t find home-baked versions, nor smell the sweet smells wafting from kitchens as much any more, which makes us wonder…

Is this an Irish harvest tradition we are in danger of loosing?

Tuning in to something altogether Deeper